PICTURES FROM THE NINETIES

As readers of this blog probably know, our efforts towards mandatory GMO labeling at either the Federal or State level did not achieve exactly the results we had hoped for.

But we believe that Illinois Right to Know GMO was successful in educating thousands of consumers in Illinois and beyond about the problems caused by genetic engineering as applied to food crops today, especially in creating crops that could withstand applications of GLYPHOSATE, a toxic and likely carcinogenic weed killer.

Pictures from the many events we created or participated in are posted at the website below.

These included rallies in large public spaces and family friendly marches with thousands of participants, as well as smaller educational activities, all planned and executed by a small team of volunteers during the 1990's.

Photos of some of these events are posted at:
https://irtkgmo.blogspot.com/2020/01/pictures-from-past-years.html


When you are done, use the back arrow above to continue here!

From the Politico Morning Agriculture Report for September 8, 2016:


GMO Labeling Reality Check:   Bad news for anyone holding out hope that the Agriculture Department might somehow finish the statutorily required labeling rule before the end of the Obama administration:

On a conference call with reporters Wednesday, Vilsack responded to a question about the matter with the following comment:
"I think the practical reality is that the rule itself... may take longer than this administration has."  Vilsack said the rule probably won't et past the comment stage before he's out of his current position, adding that his aim is to build "a versa strong foundation" for his successor.

What does this mean for consumers?  For now it means that consumers wishing to buy non-GMO foods need to either look for the Non-GMO Project "butterfly" label or for the USDA Organic label. 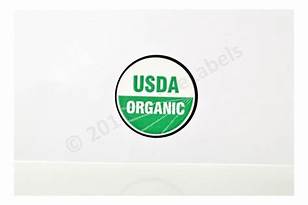 GENETICALLY ENGINEERED SALMON MAY BE SWIMMING TO A MARKET NEAR YOU!

Genetically Engineered Salmon has been in the works for years.  Soon it may be coming to market!

"But Congress blocked the FDA in 2016 from allowing the fish to be sold in the US until it finalized labeling guidelines to inform consumers the product was genetically engineered. The FDA then went ahead and implemented the import alert."

[Editorial note: See earlier NYTimes reporting on this at:  https://www.nytimes.com/2015/11/20/business/genetically-engineered-salmon-approved-for-consumption.html] For your  convenience of reader a pdf copy is also posted immediately below in this blog at:
http://www.illinoisrighttoknowgmo.org/2019/06/new-york-times-reports-approval-of.html] 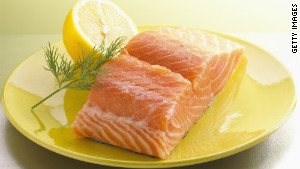 The New York Times reported the approval of Genetically Engineered Salmon on November 20, 2015 at:


For your convenience here is the text of that article.
(The "all caps" emphasis was in the NYT article online)

The approval by the Food and Drug Administration caps a long struggle for AquaBounty Technologies, a small company that first approached the F.D.A. about approval in the 1990s.
The agency made its initial determination that the fish would be safe to eat and for the environment more than five years ago.

The approval of the salmon has been fiercely opposed by some consumer and environmental groups, which have argued that the safety studies were inadequate and that wild salmonpopulations might be affected if the engineered fish were to escape into the oceans and rivers.

“This unfortunate, historic decision disregards the vast majority of consumers, many independent scientists, numerous members of Congress and salmon growers around the world, who have voiced strong opposition,” Wenonah Hauter, executive director of Food & Water Watch, said in a statement.

WITHIN HOURS OF THE AGENCY’S DECISION ON THURSDAY, ONE CONSUMER ADVOCACY GROUP, THE CENTER FOR FOOD SAFETY, SAID IT AND OTHER
ORGANIZATIONS WOULD FILE A LAWSUIT  CHALLENGING THE APPROVAL.

THE AQUADVANTAGE SALMON, AS IT IS KNOWN, IS AN ATLANTIC SALMON THAT HAS BEEN GENETICALLY MODIFIED SO THAT IT GROWS TO MARKET SIZE FASTER THAN A NON-ENGINEERED FARMED SALMON, IN AS LITTLE AS HALF THE TIME.

THE F.D.A. HAS THOROUGHLY ANALYZED AND EVALUATED THE DATA AND INFORMATION SUBMITTED BY AQUABOUNTY REGARDING THE
AQUADVANTAGE SALMON AND DETERMINED THAT THEY HAVE MET THE REGULATORY REQUIREMENTS FOR APPROVAL, INCLUDING THAT FOOD FROM
THE FISH IS SAFE TO EAT,” BERNADETTE DUNHAM, DIRECTOR OF THE AGENCY’S CENTER FOR VETERINARY MEDICINE, SAID IN A STATEMENT.

F.D.A. OFFICIALS SAID ON THURSDAY THAT THE PROCESS TOOK SO LONG BECAUSE IT WAS THE FIRST APPROVAL OF ITS KIND. PEOPLE INVOLVED IN
THE APPLICATION SUSPECT THAT THE OBAMA ADMINISTRATION DELAYED APPROVAL BECAUSE IT WAS WARY OF A POLITICAL BACKLASH.

However, moving beyond Canada and Panama seems to be the plan, according to a regulatory filing by AquaBounty a year ago. It said at that time that after winning F.D.A. approval it would look to build a hatchery in the United States and expand the one in Canada to sell more eggs to
fish farmers, who would then grow the salmon to market size. AquaBounty said it might also grow salmon from the eggs itself. In addition to the United States, it said it eventually hoped to sell the salmon in Canada, Argentina, Brazil and China.

The approval could help other efforts to develop genetically modified animals. Scientists and biotechnology industry executives have complained that the long, unexplained delay in approving the salmon was a deterrent to the field. Several other attempts to develop genetically engineered animals for consumption, like a pig whose manure would be less
polluting, have fallen by the wayside.

Now, however, there has been a surge of interest in developing new genetically altered farm animals and pets because new techniques, including one known as Crispr-Cas9, allow scientists to edit animal genomes rather than add genes from other species.

That has made it far easier to create altered animals. Scientists in China, for instance, recently created goats with more muscle and longer hair.

Researchers in Scotland used gene editing to create pigs resistant to African swine fever. It is not yet clear whether animals created this way would fall under F.D.A. regulation.
The AquAdvantage salmon contains a growth hormone gene from the Chinook salmon and a genetic switch from the ocean pout, an eel-like creature, that keeps the transplanted gene continuously active, whereas the salmon’s own growth hormone gene is active only parts of the year. The company has said the fish can grow to market weight in 18 to 20 months, compared with 28 to 36 months for conventionally farmed salmon.

Opponents of the fish say that if the bigger fish were to escape, they could outcompete wild salmon for food or mates. Among the opponents have been members of Alaska’s congressional delegation, who say they are worried about the effects on the image and health of wild salmon.

A version of this article appears in print on Nov. 19, 2015, on Page A1 of the New York edition with the headline: Genetically Engineered Salmon Declared Ready for U.S. Plates
Posted by Joan Levin
Email ThisBlogThis!Share to TwitterShare to FacebookShare to Pinterest

Here are just a few of the recent stories in the news about large jury awards to individuals alleging injury by the weedkiller Roundup made by Bayer (formerly Monsanto).

The principal active ingredient in Roundup is glyphosate.  And the most frequent use of genetic engineering in the U.S. today is to render plants "Roundup Ready" --- therefore able to withstand applications of glyphosate used to kill weeds while allowing the food crops to survive.

This has greatly increased exposure to glyphosate by farm workers and others as well as glyphosate pervades the environment.

You can find much more about this online and keep up to date on these cases by searching on terms related to Roundup jury verdicts.

Below are just a few samples!

1.
"March 27, 2019         A jury in San Francisco has awarded a California man $80 million in damages after he claimed that the weedkiller Roundup caused his cancer.

The same six-person panel earlier this month sided with 70-year-old Edwin Hardeman, whose lawyers argued that the glyphosate-based herbicide was a "substantial factor" in causing non-Hodgkins lymphoma in Hardeman.
The Sonoma County man was diagnosed in February 2015. Hardeman had used Roundup on his 56-acre property for more than two decades, according to his lawsuit."
See the rest of this story at:
https://www.npr.org/2019/03/27/707439575/jury-awards-80-million-in-damages-in-roundup-weed-killer-cancer-trial

So they awarded him $289 million in damages -- mostly to punish the agricultural company Monsanto.
Dewayne Johnson's victory Friday could set a massive precedent for thousands of other cases claiming Monsanto's famous herbicide causes non-Hodgkin's lymphoma.
Johnson's case was the first to go to trial because doctors said he was near death. And in California, dying plaintiffs can be granted expedited trials."
See the rest of this story at:

A recent post discussed lawsuits brought by people harmed by glyphosate and the herbicide (weed killer) containing this chemical.
http://www.illinoisrighttoknowgmo.org/2019/04/a-new-headache-for-bayer.html

Glyphosate is the principal active ingredient in Monsanto’s (now Bayer’s) best-selling herbicide, Roundup.  Crops genetically engineered to survive it allow whole fields to be treated with glyphosate-containing herbicides without killing the food crops.
Glyphosate is also used as a "crop drying" agent for certain crops.

Beside the resulting environmental contamination, human health and beneficial wildlife are also at risk from this use of glyphosate.  Read about lawsuits and awards to cancer victims and others at:
https://www.reuters.com/article/us-bayer-ceo/ceo-sees-bayer-massively-affected-by-herbicide-litigation-idUSKCN1RN0WS

Representative Rosa DeLauro (D-Conn) has introduced a bill in Congress to require the government to test our food for glyphosate residues and take other measures to reduce glyphosate contamination.

This will not completely stop the use of glyphosate, but it is an important step in the right direction.

Our friends at Just Label It (www.justlabelit.org) and Only Organic (www.onlyorganic.org) are getting the word out about this and have provided a "salsa" form to make it easy for you to share you views with your Representatives in Congress.  Just use the "salsa" link below to ask your Representative in Congress to support the Keep Food Safe From Glyphosate Act of 2019.

TAKE A MINUTE TO MAKE A DIFFERENCE!
You can use their words (or your own) and it will go automatically to your Representative in Congress.
http://salsa3.salsalabs.com/o/50202/p/dia/action4/common/public/?action_KEY=22412&tag=201904GlyphTestingBillOO&track=ACTION_GlyphTestingBill_OO

Please act NOW to support this legislation to help keep glyphosate residues out of our food!
Posted by Illinois Right To Know GMO
Email ThisBlogThis!Share to TwitterShare to FacebookShare to Pinterest

A New Headache for Bayer?

Glyphosate, the principal active ingredient in Roundup, has already been designated as  "probably carcinogenic to humans"  by the World Health Organization.  (However, some other regulators have disagreed with these findings.)

Several kinds of crops are genetically engineered to withstand exposure to Roundup so that entire fields can be sprayed, killing the weeds while sparing the crops.   But this use of glyphosate can massively increase human exposure.

According to Reuters, Bayer acquired Monsanto last year for $63 billion, and has since lost $34 billion from its market value following U.S. jury awards finding Bayer liable for failure to warn of "alleged cancer risks."  More than 10,000 cases are still pending according to Reuters.

You can read this article here:

So All May Know!